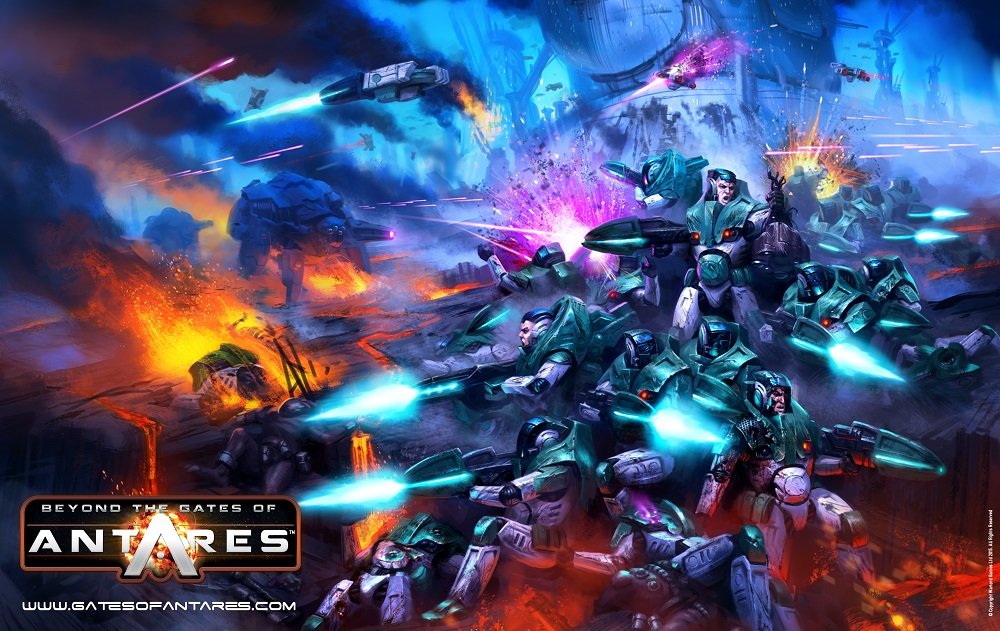 So its been a hectic week or so and I’m a little behind in getting this written. Firstly a lot has been happening with the movie’s Kickstarter, secondly I’ve been helping out with other small projects and finally just because I have a real job as well. (also I bought Fallout 4)

Last time I went over some of the choices you make when choosing a new game and why I had chosen to get into Antares. One of the things I did forget to say that influenced my choice was the company behind the game. Having experienced warlords customer service and products when playing Bolt Action, this gave me confidence in getting into another one of their games, the same is also true of Hawk Wargames since playing Dropzone Commander I happily jumped in on their Dropfleet Commander Kickstarter (was the 5th backer).

Anyway back to this update.

I have finally finished making all the models from the box set, overall I am very impressed with the quality of the kits and how easy they went together. The Ghar legs were very easy and I would recommend using proper plastic glue so you have a bit of flexibility when positioning the model. The Concord were also an easy build, veterans and new gamers alike will have no problems in getting them built and on the table in no time at all.

For any new gamers reading this, I recommend a pair of clippers, a modelling craft or Stanley knife, and a file. Make sure you don’t glue anything until you’re happy with where it is going and in some cases chosen all the equipment appropriate for the squads you are building.

Right so over to Joe for this bit….. Wait what do you mean Joe says this is my blog……He knows how much I hate painting……Fine I guess I will have to embarrass myself then.

Sorry about that little technical hitch we now come to my least favourite aspect of the hobby, one part which some people love, but I have never found it to be relaxing or enjoyable its just something that needs to get done. But not always by yourself as there are lots of commission painters out there these days that you can pay to do your painting. I have always resisted this service until recently when I sent my Guildball team off to be painted as the miniatures are too beautiful for me to ruin with my painting skills.  The first WIP shots are below. Currently being painted by Kraken Miniature Painting: https://www.facebook.com/Krakenminiaturepainting

I have two brothers and a very close friend who are very good painters, which is very annoying as my skills with a brush are less Picasso and more preschool Toddler. However over the 16 years I have gotten a little better (but not much according to my brother Tom). Now I just view it as a means to an end and hope my army comes out looking ok once its all done.

Currently my Antares stuff is very much at the base level, I have primed all the models with Army Painter primer and am currently trying to decide on a paint scheme for the Ghar as they will be my main army. (Hence why the new army starter set is on its way). The Concord on the other hand I had already pretty much settled on trying to keep them close to the Warlord colour scheme a bone and green scheme, so to skip a few steps I Primed them with Army Painting colour primer, Skeleton bone, then painted the armour, knees and feet with a Dark Olive green, followed by giving the skeleton bone a wash of Quicktone Soft. Here was where I strayed a little from my inspiration; I decided that the Concord guns look like the plasma rifle from halo so I painted them purple in homage to that with a blue plasma glow (working on making it look better). Have given them black helmet visors for now but may change this as not sure as of yet. What do people think?

Such a big part of the draw of wargaming is seeing the images online or in magazines of amazing looking armies fighting over a beautifully set up gaming table.  For far too long I was happy to play on a table with a couple trees and maybe a hill (if I got lucky and my friend bought the hill). Now I am in a position that I can go online and find a huge host of companies and individuals that produce wonderful looking terrain. On eBay I have recently found the TTCombat range of laser cut MDF terrain, I have been really impressed by the quality and prices. Below are some shots of it mixed in with some of my other terrain, including the Sarissa precision Transmat Station that was included with my Antares starter box.

Other great terrain companies I have used recently include 4ground for their delightful pre coloured laser cut buildings and Small Terrain a one man UK based operation that produces a variety of wonderful terrain for different game systems. Deep Cut Studios gaming mats are also something I currently have two of but will look at adding a snow one soon for Frostgrave (did I mention I may have seen another new game I want)

Myself and Joe have also worked on producing a gaming table for Bolt Action although with the film that project has hit a bit of a stand still for the time being. Making your own gaming table or just building a collection of terrain is all part of this great hobby and one I have been enjoying all the more recently. The wonderful thing about collecting a sci fi game is there are all sorts of planets out there so I can pretty much make terrain for any kind of planet I can think of.